How Do Retractable Awning Work 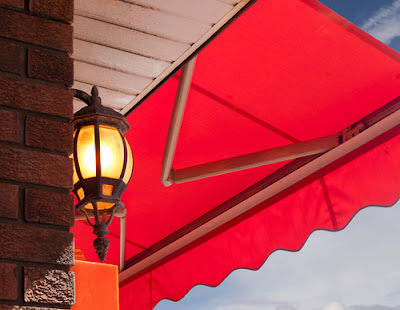 If we walk around the streets, it is quite common to come across various stores and perhaps even homes which have different types of nice looking awnings. They provide shelter to the customers from sun and other elements of the nature. For many open door restaurants and other such places, there is no doubt that these awnings do play an important role. However, we find that the awnings are retracted in the evenings and again put back on the morning. Hence many of us might be curious to find out how does a retractable awning work?


We will try and find out answers for the same. This is because they are quite useful in places like Singapore where the sun during summer seasons could be harsh and finding shade in an open environment could be difficult. Even if you have a home with gardens and backyard using these retractable awnings can help in spending some good time with your family members without having to bother about the sunlight, heat, heavy breeze or even moderate to heavy rain. At the end of the day we can retract it and free the space and use it for some other purposes.

Why They Are Called Retractable Awnings
Put in plain and simple word, a retractable awning is something that can be moved in and moved out. It comes with a cassette which helps the awning to be rolled up when it is not being used. The awnings could also be made out of canvas or other materials and all of them work in the same mechanics. The awnings are also made from aluminum and other hard metals and they also can be rolled up in a cassette without much difficulty. They are pushed up inside the cassette with the help of arms which are located on the window or door sides where they awnings are used. There are different types of awnings and some has poles and posts to keep them in place. These are not exactly safe and children can run the risk of running into them and injuring them. There are others with support arms which bear the weight of the canvas and keep it in place. This will prevent people from running into it and damaging it. 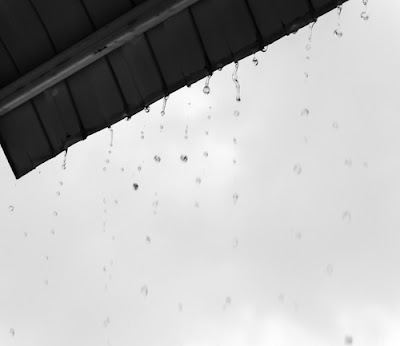 How Does It Actually Work
Before we understand how retractable awnings actually work, we should know that they basically come in two types either manually operated or motor operated. A manual awning works with the help of articulated arms which help the awning to close and open in different stages. On the other hand when we use a motorized awning, telescopic awnings are used. They help in retracting and protracting which helps the awning to open and close. Further when you choose a motorized retractable awning it must use gas, or other some other fuel to power the motor which in turn will move the articulated arms.

They Are Fixed At The Base
There is one more piece of information which needs to be kept as far as functioning of awnings are concerned. They are fixed and kept in place at the base. They derive their support and strength from the springs which are of high tension. These springs work as muscles and help move the arms of these retractable awnings. The frames are usually made from light weight aluminum, which are light but at the same time durable and long lasting. However, when operating the awning it is important to put at little external pressure as possible. Sharp movements or heavy metals can certainly cause damage to the retractable arms.

Why Motorized Awnings Are Chosen
When an awning is moved up and down or opened and closed, the articulated arms have to handle lot of weight. Hence many end users prefer going in for motorized awnings. They are preferred because they do not require brawn to operate and the motor handles the same. They are often comparable to a remote controlled TV. There are remote operated awnings available today. When the right button is pressed the motor gets initiated. The motor then takes control of the articulated arms and based on the instructions the arms start moving the awning up or down or in other words help to close it or open it. Technology has moved so far ahead that today it is possible to even run the heaviest of awning using motors. They come with what is known as integrated tube motoring system. This is because of the integrated design which is in built. The wire which is connected to the motor will run till the awning end.

When the motor is activated it will provide wind to the barrel and will also open the fabric cover. The arms are able to work because they have gas pistons or high spring tension system which has been talked about earlier. The tension released from the springs or the gas operated pistons ensure that the awnings close and open smoothly, without the end user knowing anything much about it. 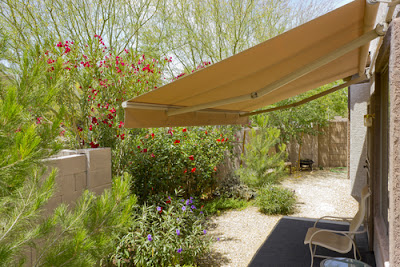 The Importance Of Framework
The framework on which the awning sits should be strong and resilient. The conventional awning will have only two arms, while the larger ones could have three or even four and more. Each arm has two main sections and they are connected with a jointed section. When the power is switched on and the motor works, the arms will work similar to a human being and will extend or contract depending on the work that needs to be done. The arm is kept in place with the help of a chain and protects it from strong winds and other elements of nature.

The chains which are being used to power awning are made from steel links the best quality of steel is used. They are non-rusting and corrosion free and hence they will last a full lifetime. In fact a new technology has evolved by which it is now possible to replace the chain with a Kevlar mix. This helps in reducing friction when the arm is extended and contracted. Hence they are not only safer but also make much less noise compared to the ones which use chains.
Posted by Unknown at 06:15